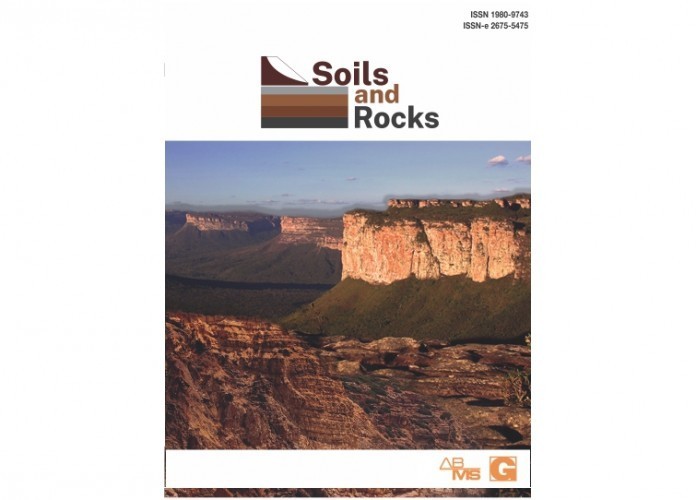 Stabilized soil with cement has been a widely used solution in geotechnical projects and requires the molding of numerous specimens to investigate their properties in destructive tests, restraining the reuse for other analysis. Also, distinct sample dimension has been utilized in the research without taking this effect into account. Recognizing these needs, the height and diameter (H/D) ratio effect on cement-stabilized soil mechanical behavior was assessed in the present work. Using sandy soil, Unconfined Compression Strength (UCS), Indirect Tensile Strength (ITS) and Ultrasonic Pulse Velocity tests were performed varying the curing period (7 and 28 days), cement type (I and III) and content (6, 7, 8, 9 and 10%), based on conventional (127 x 100 mm) and reduced dimension (105 x 50 mm) specimens. All variables, individually and combined, affected the compression and tensile strengths of the mixtures, resulting in greater gains for the ones molded with type III cement in reduced dimension, at 28 days of curing. The dimension as an influential variable was statistically established using the variance analysis (ANOVA) at a significance level (α) of 0.05, in which reduced dimension showed an average superior resistance of 21.3%. Mixtures molded with H/D ≥ 2 demonstrated strong correlation (R2 = 0.93), pointing to the possibility of ITS prevision through the P-wave velocity nondestructive tests.